On a bright, sunny November morning, the history students of Class 12 travelled to Shravanabelagola to visit Gommateshwara and travel back to 10 century A.D. The site has great historical and mythological value and the students were able to learn a great deal about Jainism and the stories that shaped it.

The statue of Gommateshwara is an architectural wonder as the entire temple, including the six hundred and fifty steps to the top are cut out of a single monolithic rock. The Gommateshwara Bahubali statue at the top is the largest free standing statue in the world rising to an impressive height of 57 feet. The massive statue took over 12 years to construct under the patronage of the Gangas of Talakad. The Jain priest informed the students about the temple, the history of the Gommateshwara statue and Bharata and the Chakraratna. It was constructed with great care and to perfection as Bahubali was thought to be the ideal male. His sixty-four curly hairs signify that he was well-versed in those many art forms. The oldest Marathi inscription in India is also found on the statue.

Though exhausting, the trip was both enriching and eye-opening and the young scholars thoroughly enjoyed themselves. The trip was not only educational but was an experience of a lifetime as the team explored the rich Indian culture and heritage. 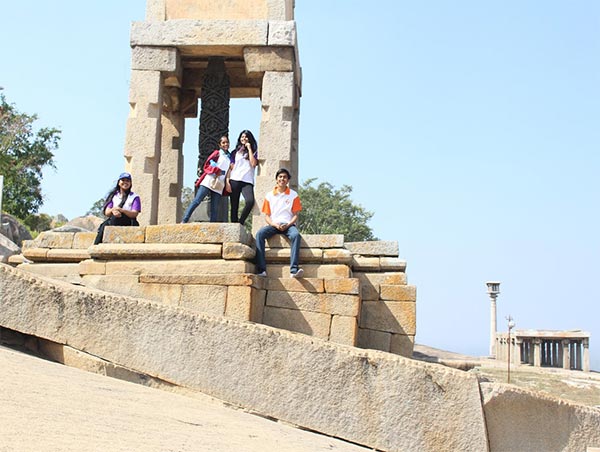